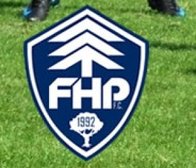 Forest Hill rewarded for their efforts by beating Elmstead 2-0 to claim league win.

Forest Hill were still hurting from their last match, the London cup semi final defeat against Phoenix Sports, still wondering how they lost such a game where they dominated throughout but lost in the final stages .

However, Elmstead must be feeling the same way, in as much as, how they didn’t manage to score a goal throughout the entire match.

Some football matches deserve a match report, and this one surely fitted within that category.

Forest Hill got off to an unbelievable start with their first attack, The hosts led inside one minute with a sweeping team move down the right which saw Josh Reid open the scoring in the congested Elmstead box, with a swivelled low strike into the bottom corner of the goal.

The visitors, now shocked going behind after a few seconds, reacted well by pressuring the FHP defence, dominating possession and creating a few well created chances themselves, a fifteen minute period FHP were camped in their half, a challenging test of their defensive resolve, especially as the Forest Hill shot stopper denied a couple of efforts including the help of the goal post, from a superb thundering 30-yard drive which smacked against the post.

FHP soaked up the pressure well and benefitted from counter attacks that also could have increased their lead but the chances were wasted.

All in all FHP were lucky to go in at the break with the 1-0 advantage.

The second period was a more balanced affair. FHP tactical changes transformed the game, as it became more open & stretched. It was a dramatic end to end and full of action, both teams defending & attacking when necessary but the hosts had a great chance to double their lead denied the Elmstead defenders goal line clearance.

Elmstead were hard working, pressing to score, but FHP were stubborn, defensively compact and hard to break down.

Midway through the half an opportunity arose for the visitors to equalise, penalty was awarded, the hosts keeper adjudged to have brought down the forward in the box.

It seemed as though it wasn’t Elmsteads night as the well hit penalty shot ricocheted off the post, also the keeper may have had it covered diving the right way. Still the score line remained 1-0.

Both sides created further opportunities to score but it just wasn’t Elmsteads night. Denied by some resolute defending and the goal posts!

In the 61st minute Jay Burke made the task a lot more challenging for the gallant visitors, by doubling the FHP lead, with an excellent far post clinical finish, past the oncoming keeper from a slide rule pass.

With at least half an hour remaining, plenty of time for the scoreline to change, for Elmstead to get something out of the game that their performance probably deserved.

But equally Forest Hill were resilient in making sure their hard work & commitment cancelled out the visitors intentions.

Forest Hill could have increased their lead further as they capitalised from more space on the pitch, but in terms of goals that was it for the remainder of this enthralling game.

Elmstead will no doubt feel hard done by but Forest Hill can take joy in putting in a solid spirited performance.

Overall a great game to watch for a neutral, played by two competitive sides...no doubt a credit to the league.