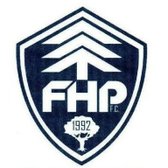 A stunning Solitary goal seals the win for FHP....

Forest Hill Park grinded out their first home win of the season in a scrappy encounter with Snodland in the late summer sunshine at Ladywell Arena. The victory was their first in the league since the opening day of the season and raised from near bottom of the table to 13th place. Their opponents, Snodland, came into this game equally having a fairly disappointing start to the season, but having just grabbed their second league win over SCThamesmead.
The game started with each side trying to implement their respective styles of play. The home side with their majority short stature, were keen to get the ball down and play but it was Snodland direct style that was more effective in the early stages. Long balls towards target man, Antoney Fenech to head toward the more advanced Ellis Hutton seemed to be the game plan, with the number 9, Hutton being the most dangerous attacker for either side in the first half. FHP tended to favour width and had the best chance of the early stages against the run of play when Ollie Milton drove at the Snodland defence on the right before dropping the shoulder to make space for an effort which flew just wide. The main volume of chances fell to the visitors, including a long ball from defence which FHP centre half, Faithorn fail to deal with Hutton’s pace allowing him clear to get a shot away across goal, which was well turned away by FHP keeper Matt Bailey. That was just the first of a number of Snodland shots on target including a long-range effort from Jate Nuttall that Bailey tipped over and Hutton once again terrorising Faithorn turning past him before hitting it straight into Bailey’s midriff from an acute angle. This was the end of the Snodland dominance however, with FHP coming into the game more when Lucas Sauza was played in on the left and decided to shoot from a tight angle instead of squaring, seeing his effort fire off a Snodland block and away. FHP manager Darrell Queeley audibly signalled his annoyance from the touchline at Sauza’s lack of selflessness. His mood was drastically improved minutes later when Forest Hill Park took a lead, arguably against the run of play. Brandon Taverner, who had been largely ineffectual thus far, picked the ball up in the centre circle, saw the keeper off his line and played an inch perfect lob that sailed over Joe Roberts in the Snodland goal and nestled in the bottom corner – truly a strike worthy of winning any game. Snodland immediately looked for away to get back level with Harry Kingdon a clipped ball to the back post where Nuttall sweetly struck a half volley beaten away by Bailey again. The resulting corner was arguably a better chance with Nuttall’s ball met by Michel Thompson-Martelly who was completely free. Ultimately, he couldn’t keep it down and it flew over towards the athletics track. This ultimately proved to be the last major action of the first half and FHP went in with a fragile 1-0 lead.
The second period started with FHP being more successful at keeping the ball and trying to play good football. Clearly, Queeley’s words at half time had an effect and this stifled Snodland initially. It also produced the first chance of note of the half with a nice move leading to a ball played through for Philip McBean who hit a half volley just wide. This was followed by Ndung’u Mamba taking advantage of a mistake at the back for Snodland to run through but pressure from a recovering Snodland defender only allowed a tame effort that was easily saved by Roberts. FHP’s second half improvement was largely in chance prevention leading to a reduction in chances for both teams in the second half with Snodland’s best chances coming from corners and long throws. One such corner’s clearance led to a second ball in being volleyed straight at Matt Bailey. The best and final chance of the second half for Snodland came when Ellis Hutton who had been largely quiet for most of the second half was sent through on goal, Matt Bailey raced out of his goal but lost the race and
Forest Hill Park 1-0 Snodland Town (Taverner 31’)

Hutton lifted the ball over him but agonisingly inches wide of the left-hand post. Bailey’s follow- through led to calls for a penalty but were waved away and the last few minutes were played out largely uneventfully.
Forest Hill Park will feel very happy with the three points but will be well aware the result could have gone either way and owed the points to a moment of brilliance from Taverner. Snodland can feel hard done by but ultimately weren’t clinical enough with the chances they did create, making the hour-long drive back to Kent a sombre one. They drop a place from 10th to 11th and look forward to a hospitals charity cup tie at home to SCEFL Premier division side Erith and Belvedere – a competition that FHP advanced in last Tuesday - on Wednesday whilst FHP make the short trip to Charlton to face Bridon Ropes away next weekend.
By George Rickwood