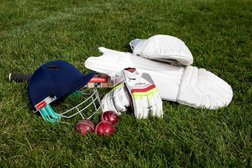 It’s the first edition of the DPL with hopes to expand it to more teams and more audience. Four teams made up of players from the international side from the Learning Disability, Physical Disability and the hearing impairment squads, it’s also for players who were in the Lions Program for there respective impairments.

I want to involved in it?
To be involved with the DPL you need to play county cricket and perform well in the games by scoring big runs and taking wickets in every game and perform well at club level as well. If your not in the county set up and have one or more of them impairments contact Alex Jervis or Rohan Randhawa.

Six players from the Yorkshire set up are playing in the disability premier league.

Former Yorkshire wicketkeeper Liam Thomas also the England Vic Captain for the Physical disability team is also in the Hawks.

Find all the scorecards on the DPL Play Cricket site.