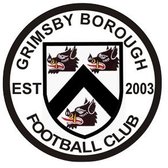 Wilderness Boys are the visitors to the Bannister Prentice Stadium (kick-off 3pm)....

After picking up a first point in four games, we have another home match to kick off October before hitting the road for four away games on the bounce. Its a tricky task for Rob Hunter's 14th place side who face the division's form team in Grimsby Borough. Currently in second and among the NCEL's highest scoring teams, Dan Barrett's men have adapted well to life in the Premier Division after being promoted in the summer. After stopping the rot last weekend, Town will need to be at their best to claim a first win in six.

There's been one previous meeting between the two sides; this was in the league cup on Cedar Ridge back on 9th August 2016. After 90 goalless minutes, the tie went to extra time where goals from Casey Stewart and Jake Rose finally saw us through.

Hope to see you there, up the Miners!

Adults: £6
Seniors/Students: £3
Children under 16 FREE with a paying adult (£1 without)

For anyone who can't make it, be sure to follow @thegarforthtown for the latest!