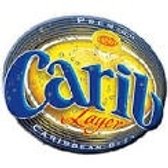 Batting first, DCC rattled up an imposing 255 runs for the loss of just 4 wickets from its 20 overs. Christopher Barnwell top scored with 60 runs, Kemol Savory scored 37 runs from just 13 balls and Paul Wintz made 30 form 10 deliveries.

Bowling for UG; Linden Austin took 2 wicket for 36 and Ray Newton took 2 for 56.

In reply UG never really manage to pose a real threat and hung on to score 113 runs for 9 wickets from their allotted 20 overs. Batting for UG; Darnell Douglas made 31 runs and Keron Sewnarine made 29 not out.

Batting first Malteenoes made 155 runs for 4 wickets from their 20 overs. Kandasammy Surujnarine made 50 runs and Steven Jacobs made 41.

Gandhi in reply scored 124 runs for 9 wickets in their 20 overs with Ifaan Alli top scoring with 33 runs and Keshan Singh contributing 26.

In reply GCC got the required 94 runs from 19 overs with Pestano Belle scoring 30 runs and Ronaldo Ali Mohamed 25 runs not out.

Police batting first rattled up 181 runs for the loss of 6 wickets in their 20 overs. Kelvin Leitch top scored with 68 not out including 5 sixes, Mark Robhe made 39 and Sherwin McPherson scored 20.

Bowling for GNIC; Ryan Shun and Jermaine Grosvenor took 2 wickets apiece.
In reply, GNIC scored 175 runs for the loss of 6 wickets in their 20 overs. Ryan Shun scored a blistering 80 runs including 7 sixes and Quincy Richardson made 50 runs.