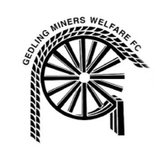 Gedling Miners Welfare was formed in 1919 and began playing in the Notts Alliance Football League when football resumed after the First World War. In our first season, we finished third in the league and won the league Cup after a 1-0 win over near neighbours Sneinton (now known as Carlton Town).

With little achieved throughout the twenties, the club changed its name to Mapperley St. Judes at the start of the 1929-30 campaign where we enjoyed moderate success before reforming as Gedling Miners Welfare during the Second World War. In 1946, the club began their most successful period, and we went on to win both the Notts Alliance League and Senior Cup double several times in succession and went on to remain unbeaten for three consecutive seasons.
In the 1950s, Gedling welcomed two of the biggest teams in the country at the time to Mapperley in the now-defunct FA Amateur Cup. Pegasus made the visit to Mapperley in 1954 and temporary stands were erected around the ground to house a crowd of over 7000. Two seasons later Gedling lost out to Bishop Auckland, one of the most renowned and successful amateur clubs of its era, 4-1 in front of 10,000 at Plains Road.

‘The Bishops’ went on to win the trophy that year and could call upon the likes of Bob Hardisty, former captain of England, and Warren Bradley, who, with Hardisty, went on to sign for Manchester United following the Munich Air Disaster in 1958. The staggering record attendance at Plains Road currently sets records and will unlikely ever be surpassed.

The club have experienced very positive times at Plains Road throughout its illustrious history but have unfortunately not emulated as such in recent years. At the end of the 1998-99 season, Gedling were relegated to division 2 of the Notts Alliance Football League and were left with only three committee members, very little resource, and no finances.

The 2001-02 campaign, however, brought huge success under the guidance of Vic Hulme as the club won the league, Intermediate Cup but sadly lost out to Retford United in the semi-finals of the Nottinghamshire FA County Cup. A managerial change followed as Hulme stepped aside as manager to take up the incumbent position as chairman and Mark Allison and Duncan Broad took up the vacant managerial posts ahead of the 2002-03 season.

The duo were tasked with building a squad that matched the ambitions of the club and oversaw Gedling’s promotion into the Supreme Division of the Central Midlands Football League (CMFL) where we spent seven years before they departed for neighbours and local rivals Gedling Town in May 2009.

During Allison and Broad’s reign, our Plains Road ground has seen a remarkable transformation and now boasts its rightful status as one of the best amateur grounds in Nottinghamshire. Floodlights and hard standing have been installed and such developments have allowed the club to host finals of Nottinghamshire County Cup and various representative matches.

Covered seating has also been added to the Harold Hulme Stand and plans are in place to extend this to the Plains Road side that will allow the club to sit alongside the likes of Basford United who have undergone massive improvements in recent years.

The facilities stood us in good stead when, at the start of the 2008-09 season, the club were accepted into the newly founded Step 6 East Midlands Counties Football League (EMCL) and became a founder member.

The promotion enabled Gedling to play in the FA Cup for the first time in the club’s history. In an historic moment for all involved, Gedling travelled to Westfields, now of the Midland Football League, but lost at the first attempt.

With ‘Allison and Broad departing, the committee swiftly appointed Craig Maddison as manager ahead of the inaugural EMCL season in 2008 and appointed former Nottingham Forest winger Calvin Plummer as his assistant and the pair finished their first season with a respectable league position of 8th. Maddison and Plummer went on to have only one more season in charge before resigning their position as managers at the end of the 2009-10 campaign despite an improved finish of 7th.

Former Calverton Miners Welfare managers Graham Walker and Kuki Morley were hired in June 2010, Frank Corrigan, father of current-Miner Liam also joining the management team in the Autumn, they took Gedling to a creditable fourth position finishing only 4 points behind league champions Gresley in only their second season in charge. In the final game of the season against the Derbyshire side, a league record crowd of 625 were in attendance to see Dagenham and Redbridge-bound Brian Woodall clinch promotion for the Moatmen to the Midland Football Alliance.

Walker left the club at the end of the 2010-11 season to join up with Brett Marshall at Retford United. As a result, the club turned to assistant manager Kuki Morley and first team coach Lee Boulton to take the managerial duties with the newly appointed Steve Towle serving as coach. After a turbulent spell and following several disappointing results, Morley and Boulton stepped down as managers by mutual consent.

Ex-Arnold Town Manager Andy Muldoon was shortlisted by Gedling and served as manager for the remainder of the 2011-12 season. Muldoon managed to keep the services of Towle as coach and worked alongside another former Forest player under the Brian Clough era, Bryn Gunn, whilst Plummer re-joined the club to assist.

As the season concluded in May 2012, Muldoon had steadied the ship and the club finished in 13th and was enough to persuade all to stay for a first full season in charge. Optimism was high after an encouraging pre-season and impressive signings that followed with former Middlesbrough academy player Tom Watson re-joining Muldoon from Arnold Town.

Unfortunately, the expectation failed to manifest into positive results on the pitch and, with very little progress being made, the club and Muldoon felt it was an opportune time to part ways ahead of the 2013-14 season.

Jonathan Simpson, who had spent his previous three years managing Southwell City in the CMFL, was the club’s next man in charge. Prior, ‘Trigger’ had played for Gedling under Broad and Allison, so was extremely familiar with his surroundings and duly matched the club’s intention to hire a young, up-and-coming manager.

Along with his assistant, Mark Foster, Simpson’s first two seasons as manager both ended in a reasonable 12th placed finishes with 42 and 53 points respectively and the signs of improvement, both on and off the field, were evidential. They both looked to continue the development throughout the 2015-16 campaign, and started by adding former Zimbabwean international, Kelvin Mushambi, to work alongside Foster and first team coach, Shaun Stocks.

However, the 2015-16 season proved to be the last for Simpson and his backroom team and after finishing in 14th following a mediocre season, he resigned from his position to concentrate on commitments away from football.

At the start of the 2016-17 season, Walker and Corrigan returned to the club for a second spell in charge. However, after a disappointing start to the campaign, they both left the club before Christmas and goalkeeper Scott Miles took over temporary charge for the remainder of the season. Sam Peters joined as his number two with Kevin Northage and Bruce Clarson stepping up as first team coaches.

Following a poor run of form, the club finished the season in the bottom three and lead to uncertainty over our EMCL future. In late May, news came of a reprieve following Greenwood Meadows’ demise and Gedling would maintain their spot in the league for the 2017-18 season.

The club acted quickly in securing a more permanent manager and attained the services of former-Gedling defender Stuart Robinson and Chris Marks from West Bridgford. The duo came with the highest pedigree having won the EMCL title the previous season and there was huge excitement over the appointments.

Improvements followed and the end of the season saw us finish in a comfortable mid-table position. However, due to increasing work commitments, Robinson stood down and Marks solely stepped up to first team manager. He wasted little time in recruiting his own staff as the ex-Gedling Southbank manager Andy Clerke joined as joint manager, along with Gavin Mee from Basford Community, Dan Mehigan from Rotherham United as coaches and David Green as physio.

Following a backroom reshuffle midway through the season, Peters, returning to the club as coach, replaced Mee as the club ended the 2018/19 season in 16th position despite some fantastic performances and impressive results along the way, including a quarter final appearance in the Nottinghamshire Senior Cup.

As we enter the 2020-21 season the club celebrates its 100-year anniversary, we would like to wish the current management team of Chris Marks and Andy Clerke, and their team the best of luck for the forthcoming season as they look to bring success back to the club.

The following season saw Chris Marks step down so Andy Clerke moved swiftly to engage the services of Tony Mullen from Calverton MW where he had served as manager for several years. He joins the club as assistant manager. Also joining the club as head coach is Andy Kuchta who also runs the RAF national side and brings his top class coaching skills to the club.

2022-23 season as also seen further changes to the management with Andy Kuchta stepping down for person reasons. Steve Kirkham as joined the club as joint Manager, and he has also bought several back room staff with him benefiting the club on not only the management staff but also the general running of the club. We look forward to season with club in good health and all pulling in the right direction.