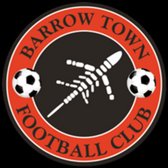 Gedling on the road as they travel to Barrow-on-Soar

They make the journey to Leicestershire in poor league form having only won once in 10 league games. Their last league win came earlier this month after they defeated West Bridgford at Regatta Way 2-1 thanks to a late Jack Jepson penalty. You will have to go back to the 15th September for their last win, 2-1 victory at Rainworth Miners Welfare.

They can be encouraged, however, by some impressive performances of late. Notably in their latest defeat where they were unlucky to be knocked out of the second round of the EMCL Cup after a 3-2 defeat to Belper United at Plains Road on Tuesday night.

Miners remain hopeful their Notts Senior Cup run will add a gleaming light to their season as they will welcome Collingham of the Central Midlands League to Mapperley in the third round on December 4th.

Despite sitting 8th in the latest standings and boasting the second highest goalscorer in the league in Zak Ginvert, their form of late has been erratic and will certainly want to put recent performances behind them.

They succumbed to the unstoppable force of Newark Flowserve twice in 3 days and shipped 11 goals without reply in the process. Before facing them in the League Cup on Tuesday night, The Riversiders lost 6-0 to the men from Hawton Lane last Saturday and leaked a further 5 goals against the same opposition 3 days later to bow out of the competition without a whimper.

In Ginvert, however, they look to a striker who has notched 18 goals in 20 games so far this season and only Sam Agar of Flowserve tops him in the charts.

They will look to replicate earlier season form on Saturday seeking to emulate their 7 game winning streak in all competitions between September and October; including an impressive 4-1 win against higher-levelled Shirebrook Town in the FA Vase.

Should results go in favour, Barrow can rise to 6th with a win, whilst Gedling could pull themselves further away from relegation danger with 3 points.

As always your support is always appreciated and greatly welcome.
Share via
FacebookTwitter
https://www.pitchero.com/clubs
Recent news