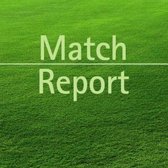 Gedling end losing run with a dominant display against Barrow Town.
It only took the hosts 47 seconds to test the visitor's keeper after a long ball forward bounced up for Tyrell Shannon-Lewis he hit a volley from 20 yards that was well saved.
But on 6 minutes Gedling broke the deadlock, after some pinball in the area following a corner, the ball fell to Courtney Hastings who smashed home a right footed effort from 8 yards for his 6th of the season and his 3rd in as many games.
On 14 minutes the hosts nearly extended their advantage, returning captain Josh Thornton whipped in a corner which Josh Stevenson headed just wide from 10 yards out.
But on 21 minutes Gedling did double their lead, a loose ball was picked up by Shannon-Lewis in the area who spun his man and lashed a left footed effort into the bottom right corner for his 3rd of the season and to give the hosts a deserved 2-0 lead.
Barrow’s only meaningful effort of the first half came on 25 minutes, a free kick from 20 yards was well struck but Louis Richardson saved and collected the rebound and the miners went into half time 2-0 up.
Just a minute into the 2nd half the miners could have gone further clear, Shannon-Lewis beat his man with ease but drove an effort into the side netting from the right of the penalty area.
But on 56 minutes Gedling got their 3rd of the afternoon, Kieran Harrison whipped in a free kick from 30 yards that looped over the Barrow keeper and into the top corner for his 5th of the season.
But on 75 minutes the visitors pulled one back, a shot from the right of the area was saved by Richardson but the ball fell nicely to the Barrow number 10 who tapped into an empty net to reduce the score to 3-1.
But 5 minutes later Gedling restored their 3-goal advantage and it was some goal, substitute Semilore Kassim got in behind the visitor's backline and he beat the keeper to the ball before lobbing him from a very tight angle for his first for the club and to cap off a fine display for Gedling's first win in 6 matches.