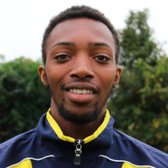 Table toppers exert their authority to take all 3 points

The Miners visited the table toppers in Ashby in fine form of their own, unbeaten in 4. The first 20 minutes showed what fine fettle Gedling are in at the moment as they took the game to their opponents.

Tom Watson twice went close, after fine work from Rackeem Reid, and home ‘keeper Chris Hodge had to be doubly alert to the thrust of the Miners attacks. At the other end Scott Miles showed his ability and authority snuffing out any threat Danny Quinn and his fellow strikers offered.

As the half wore on Ivanhoe began to get a foothold in the game with some dangerous counter attacks. It was from one such foray forward in the 22nd minute that the opening goal arrived. Scott Cordy skipped down the right and whipped in a low cross from which Kerr Horn converted with ease. After half an hour Hodge was again seen at his best as he tipped over a wicked swerving free kick from Jordan Whitehead. Dalton Stephens and Reid were causing the home rearguard plenty of problems and their pace and movement almost bought a leveller from Watson at the far post.

A pretty even game despite the scoreline and, approaching half time, Miles again saved his side keeping his goal intact with a fine save from Quinn.

Disaster 8 minutes into the second period when the Gedling defence got themselves into an almighty mix up resulting in Mr Thomas awarding a penalty in favour of the homesters. The decision looked somewhat harsh as Saunders seemed to trip over his own feet.

Sub Antonio Williams duly converted the kick for a two goal cushion. Worse to come for the Miners as substitute Martin Holt, only on the pitch for 4 minutes, was adjudged to have committed murder by Mr Thomas and sent off. A very harsh decision which ultimately meant an uphill battle for the visitors from thereon in.

Still Gedling battled on and were a shade unlucky not to have come away with at least a point with much of the second half play in which Reid, Watson and robinson were outstanding. Ashby are a good side as befitting their league position and on another day the result could have been a lot closer.

Gedling Man of match ~
Rackeem Reid..showed touches of class throughout