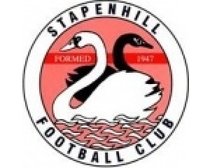 Penalty sees off the Miners

A hard fought but hardly an enthralling game of football saw the Miners lose their unbeaten record at Plains Road. Workmanlike with no reward but a hard working performance all the same.

A Paul Furniss penalty three minutes into the second half was enough for Stapenhill to secure all three points.

A draw would probably have been a true reflection on the game but Gedling must soon learn to put away few chances that materialise and stamp their authority on proceedings.

Lots of hustle and bustle from the home players but very little cutting edge in the last third. As the game wore on the visitors created just that touch more and just about shaded the contest.