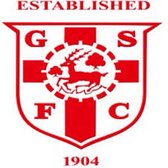 Prims win by the odd goal in three..

With as many as 8 regular squad members missing it was always going to be an uphill task to halt the bad run of recent results.

So it proved as early as the 4th minute when Brett O'Donnell headed home a pinpoint Lee Sutton cross direct from a free kick. The home goal led a charmed life as Scott Miles needed to be alert to keep out efforts from Sutton and James Rushby.

For the home side, TK Mushambi, making a rare start, tried his luck twice in succession and Jordan Whitehead produced two worthwhile efforts from free kicks just after the half hour mark. His second attempt bought out a 'worldie' from Josh O'Brien in the Prims goal clawing the ball around after a goal seemed certain.

Five minutes before the interval and the lead was doubled. The Miners defence failed to clear a high ball in the box and Sutton was able to shoot low and hard into the corner. Two minutes later and Miles emulated O'Brien's effort by gloriously tipping over a super effort from Dom Wilkinson

A 2-0 deficit was slightly harsh on the hosts, but the second half showed a marked improvement and Rackeem Reid was beginning to cause the Proms defence some problems down the right flank. His endeavours paid off in the 53rd minute as his run into the box was crudely halted by Brad Ellis. Whitehead made no mistake from the spot.

Miners tails were up now as they powered forward in search of a deserved equaliser. Whitehead thundered s hot against the bar and TK had a header cleared off the line. Prims were happy to sit back and soak up the pressure and nip off home with the 3 points.

On another day Gedling may have rescued a well earned point but the bad run continues.