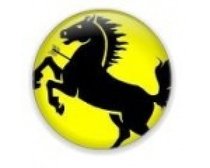 Miners lose on the road

The Miners travelled to Melton Mowbray with a severely depleted squad with no fewer than 9 first teamers missing and they paid the price losing to a buoyant Howell squad who finally cruised through the game to gain the 3 points.

To be fair to the visitors the first 20 minutes were pretty even with both sides trying to open their accounts and take control of the game. Gedling’s Tom Crisp had a good effort sail over the bar and, at the other end Mark Tinsley and Liam Chapman both tested Scott Miles in the Gedling goal.

The breakthrough came after 20 minutes. Chapman powered in a free kick from 20 yards which Miles did very well to stop initially. The ball, however, bobbled loose and Kieron Foster snapped up the rebound to score. A tad harsh on the visitors who had more than matched their hosts with a patched up line-up.

Seven minutes before the break and the second. Chapman produced a peach of a ball from the right wing onto the head of Tinsley who powered home a header from close range.

The second half was a bit of an anti-climax with attacks few and far between, For Gedling most efforts were from long range hardly troubling the home custodian Jamie Whitham.

The home attacks were increasingly becoming threatening and only Miles stood between Sports and a heavier scoreline. He was beaten again on 71 though when a fierce shot from Chapman proved too hot to handle and the ball agonisingly dropped from the ‘keepers hands into the net.

To their credit, the Miners never gave upon a game that was always drifting away from them. A fully fit squad to choose from would well have given Sports a decent run for the points.

The icing on the cake came in stoppage time. Another pinpoint cross from Chapman from the right flank found Tinsley’s glancing head and settled in the far corner.

Not many positives to take from this trip. Effort was acceptable, once again the end product non existent.

Upwards and onwards for a FA Vase home tie next. Time to get a positive performance and result which may well kick start the league season