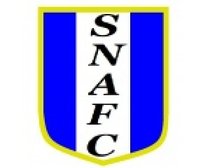 Miners lose out on the road...

It was the Lewis/Crosby show as the two home frontmen helped themselves to a brace each to sink Gedling who suffered successive defeats on the road.

It was was a pretty even first half but Tom Lewis opened the scoring for the Shiners on 24 volleying past debutant Stu Lewis. The Gedling front men were starved of real chances but, at the break, they were well in the game. Thirteen minutes into the second half and all hope of Gedling snatching something from the game had gone. Luke Crosby scored a screamer to increase the lead and Lewis put the gloss on his own performance with a direct free-kick from 22 yards which entered the net via the far post.

The Miners never gave up however and worried Danny Roberts and his fellow defenders from time to time.

There was further dismay for the visitors in the 74th minute when Raul Garcia had his penalty saved after he was bought down by Bartley.

Crosby added his second in injury time to register a rather flattering scoreline.

Four second half bookings for Gedling in a game that was hardly physical. Mr Wilson certainly didn't leave his book at home.

The Miners must re-group quickly starting with an upcoming home game against Kimberley this weekend. The good signs are there for all to see. That promise needs to be turned into positive performances and wins on the board.

Gedling Man of Match ~ Eugene Francis
Worked his socks off all night and held the ball up well.