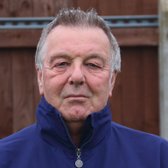 Miners put to the sword at Selhurst Street...

A new look Radford FC side took the game by the scruff of the neck from the start and were causing the Miners all sorts of problems with pace down either flank coupled with David Udoh and John King lively up front. 6 minutes had gone when Udoh powered down the left and centred for King to pick his spot and score from close range. For their part the visitors contributed as much and after a fine Tony Law run Steven Brett hit the home post. Ricky Law also saw a decent effort sail just over Dunning’s bar.

Disaster in the 22nd minute. Max Danby rushed from his area to confront Udoh with a fierce tackle, Mr Davies deemed the keeper to be the last man with no defensive cover and duly produced the red card. Ricky Law took over the gloves and was immediately called into action on numerous occasions to keep his goal intact, one save in particular to keep out a shot from ex-Miner Sham Ramadam.

The sides were level after 35. Tony Law pouncing on a ball from Dan Gleeson and cut inside to fire home a curler with the outside of his right foot. It was no more that the Miners deserved battling well and competing with 10 men. A minute before the break and the home side were in front again. Carey Knight skipped down the left and centered for Udoh to scramble the ball underneath Law.

1-2 at the interval and Gedling, who, for 20 minutes were more than matching their opponents and a tad unlucky to go in a goal down.

The second half was a disaster. The Pheasants tore into Gedling as though their life depended on it and were a further three goals up in a dismal 14 minutes through Knight, Udoh and King. The Miners had no answer to the counter attacking football of the home team with some wise observers saying that this maybe the best Radford team seen for years.

The visitors had no cutting thrust in the final third, the midfield was overrun and the defence shaky as wave upon wave of Radford’s attacks put them on the back foot.

Seven minutes from time and the sixth as Law brought down Udoh some 4 yards from goal and Jarred Russell slotted home the penalty to complete the rout. Gedling pulled a consolation back on time as a Mitch Slawson high cross was headed past Dunning by Kadeem Brown.

Another bad day at the office for the Miners who must surely up their game when the same opposition visit Plains Road in the League Cup in mid-December.

Gedling’s Man of Match ~
the Match Awards Committee decided that no one
should be awarded this honour.