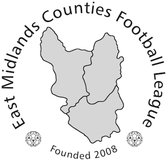 Gedling Miners Welfare valiantly bowed out of the Nottinghamshire Senior Cup at the quarter final stage on Tuesday night following a 5-4 penalty shoot-out loss to Carlton Town at Selhurst Street.[b]

In torrid conditions, played at Radford’s Selhurst Street due to storm damage to Town’s Stoke Lane ground, both sides began apprehensively and it took until the twelfth minute for the first chance to arrive, but Gedling’s Jimmy Spiers couldn’t capitalise on Curtis Millward’s lobbed through ball and fierce shot was straight at Jack Steggles.

A minute later and the same two combined but Spiers couldn’t keep his effort down as Welfare, sat two leagues below their Northern Premier League opponents, began well.

Despite their Saturday game against Stamford postponed, and having not played since early February and facing a congested fixture schedule, the Millers reacted well and began to take control of the tie looking to powerhouse front man Aaron Okopu for early success and the striker was involved their best chance to go in front.

Getting beyond Charlie Roberts down the left, a combative dual all evening, Okopu did well to drive to the by-line and cut back for Niall Davie, but the usually composed winger couldn’t give Carlton a 17th minute lead when his strike was blazed high over the crossbar.

Dominating possession, Tommy Brookbanks’ men looked threatening going forward but found a stubborn Gedling rearguard, speared by former-Carlton stalwart Dean Gent, difficult to breakdown, though on the half hour were unlucky not to lead.

Okopu’s direct run went uninterrupted and, as he entered the area, curled a delicate effort around Keaton Sharpe only to be denied by the outside of the post before Tyler Blake failed to put away the rebound.

In a half that offered very little in front of goal, the tidy-in-possession nature of Carlton, teamed with the toughness of Welfare made for a fine cup tie and with 43 minutes played, Gedling made their opponents rue all wastefulness when they scored against the run of play.

When Josh Thornton was felled down the right, Ross McCaughey’s exquisite set piece found the unmarked head of the midfielder who flicked home at the front post past a stranded Steggles as the ‘visitors’ headed into the break ahead.

Spiers and Oliver Clarke saw early second half chances blocked with valiant desire and the game started to open up when, just before the hour, the impressive Davie did well to round Luke Smith but found Sharpe in fine form as the ‘keeper deflected away with an outstretched leg.
The hour mark saw Town in complete domination but were becoming increasingly frustrated as they struggled to break Welfare resilience.

With 68 played, Kyle Stovell had a glorious chance to draw Carlton level when Clarke’s header saw him one-on-one with Sharpe, though the substitute, with more time than anticipated, looped the ball over the crossbar from distance.

Offering very little going forward, Gedling’s defensive approach was nearly rewarded five minutes from time when a counter-attack saw Joe Meakin race through but the tired midfielder, relentless until the end, struggled to yield any power in his effort as Steggles sprung yet another attack which resulted in the leveller four minutes from time.

A high, wind-assisted cross was flicked away by the excellent Felix Hogg, and as the ball fell to Clarke on the edge of the area, his returned shot inadvertently hit the hand of Gent and referee Alistair Mann pointed to the spot.

Okopu stepped up and slammed the ball past Sharpe much to the delight of the Town support. Okopu was again involved and may have seen Carlton progress late on when his header was desperately cleared off the line by Roberts whose anticipation forced extra time where both sides exchanged decent chances.

Firstly, Kieran Harrison did well to clear Clarke’s low cross into the danger area off the line eight minutes in, before Hogg’s header from Thornton’s wicked corner angled narrowly over Steggles’ bar as the game went all the way to penalties.

A fine, dogged, stubborn performance from Gedling who were very unfortunately not to progress but can be extremely proud with their showing. Their desire and passion will have pleased managers Andy Clerke and Chris Marks and they make return to league action on Saturday when they travel Borrowash Victoria, kick off 15:00.

Manager Andy Clerke spoke after the game: “We’re hugely proud of our boys tonight. To a man they gave everything and, but for a late penalty, would have progressed to the semi-finals. They are rightfully disappointed now, but I hope anyone watching tonight would agree that we took a good step four side all the way.

“The lads represented the club fantastically. Now we need to make sure we take that type of character back into the league and finish the season as strongly as we’re capable of doing so, starting with a trip to Borrowash on Saturday”.