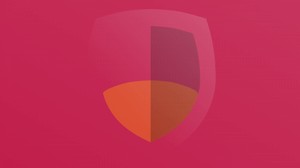 Scaffolding allows the workers greater ingress and safer work environments than purely trying to access high areas by ladder. After setting up Scaffolding for work, when it does come to an end, the Scaffolding needs to be removed. A little bit of common sense is needed toward successfully removing Scaffolding from your work site. Erecting or dismantling kamersteigers remains a high risk, not only to those carrying out the work but also for the other workers and the general public.

Safely and efficiently dismantling the Scaffolding required just as much care and know-how as putting it up. It is quite common on the work site for anyone on the crew to be told to take down scaffolds. However, it should be the job of specially trained people to do it properly. Also, as it's a part of the cleanup, workers often rush the dismantling to wrap things quickly. In this guide, we write some common techniques to safely and quickly dismantling Scaffolding.

Inspect all working platforms for losing items before dismantling your scaffold structure. Anything can be found from the worker's items such as car keys, cell phone, or the forgotten tool. Also, check all piping areas where someone might have swing an item that you will need to recover before dismantling the Scaffolding. It is a great idea to have an inventory list of all tools and other items involved at the worksite. Check to see that all are considered before dismantling the scaffold, so there are no surprises if a wayward tool falls from the spot that is being taken apart.

The first thing to begin dismantling the scaffold is to locate the top frame section and remove the piping before removing the platform planking. You will need to stand on the planking when you are dismantling the structure. Give special attention to safer concerns and work with another to help act as a "supporter".

Attached a rope to specific items of the scaffold to lower these to the ground is a good choice instead of tossing them to the floor. Also, if using several persons to lower the items in a "fire bridge bucket-like" assembly line, ensure that every person has the proper strength and maintains the proper balance to pass the items to the next level in a safer way.