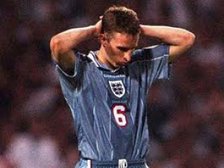 Gilwerns final pre-season match before the start of the 2013-2014 season finished in a draw.

Aberbargoed took the lead half way through the first half when stand in keeper Kurt Jones was caught out by a trickler which nestled into the far corner of his goal.

Gilwern came out strongly in the second half and squandered a number of chances, including a penalty miss from Adam Carrington before Matthew Williams finished exquisitely following a delightful through ball.

Next week sees Gilwern kick off their campaign against Pontypool Town, 3pm kick off away.