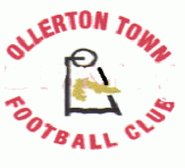 Glapwell will be looking to build on last week's victory at Newark Town when they travel to Ollerton Town this Saturday, KO 3pm.

Glapwell got their season off to a fine start with their 3-1 victory at Collingham last weekend in a game which saw a good overall team performance that should have resulted in a greater margin of victory.

Ollerton went one better in their opening game, though, as they came out on top at Easington by winning 4-1 as they topped the table after the opening day.

They have been knocked off that position courtesy of Appleby Frodingham's 4-0 win over Easington in midweek.

But, Ollerton have strengthened their squad this season and they are one of the favourites to challenge for the title this season under the stewardship of Dave Winter.

Last season, Glapwell gained four points from the two meetings with the first seeing a 2-2 draw at Walesby Lane last August before Glapwell came out on top with a 2-0 win at Hall Corner in January.