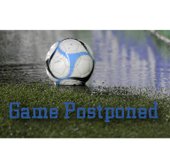 Please take note that this is an early kick-off time of 1:00pm.

Askern, a township half an hour's drive north of Doncaster, sitting almost on the boundary between North & South Yorkshire, have a long and proud history. Formed as Askern Welfare in 1924 they played in Doncaster leagues for many decades before winning promotion to the Central Midlands Football League in 1992. They have won both the Doncaster & District Challenge Cup and the Goole & Thorne Cup on several occasions.

Their league glory years were in a golden spell from 2005 where they won promotion to the CMFL Supreme Division which led also to a name change to Askern Villa. In their very first season they were strong contenders finishing a very credible third behind Scarborough Athletic and Rainworth Miners Welfare. In 2013 however, they were relegated to this division and went through another name change to the current Askern FC.

With no meeting this season between the two teams as a guideline, the home side will take heart from the fact that Saturday’s win at Retford put Glapwell firmly on top of the league with games in hand.
Mid table Askern on the other hand may be encouraged by their record of not being beaten at Hall Corner over the two previous seasons ~ both in 2014-15 & 2013-14 the corresponding fixture finished as 2-2 draw.