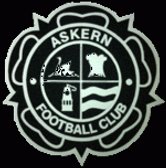 Final Game of the Season for the 2015-16 League Champions ~ Going Out in a Blaze of Glory?

On Tuesday evening, 17 May 2016 Askern FC are the visitors to Hall Corner for each team’s final game of the current campaign.

Askern arrive fresh from two successive clean sheet victories of 7-0 and 2-0, the first of those against Glapwell a mere 7 days ago. Glapwell have lost yet again since that Askern drubbing and so face this game on a run of two consecutive defeats. Added to which Askern’s confidence will be boosted knowing they have not been defeated at Hall Corner over the two previous seasons, both in 2014-15 & 2013-14 the corresponding fixture finished as 2-2 draw.

Whatever the outcome of this game neither side’s finishing league position will alter, Glapwell are unassailable top and league champions, Askern end in a creditable 6th place. Pride will therefore be the evening’s deciding factor, and no doubt each team’s supporters will be willing their side to go out in a blaze of glory