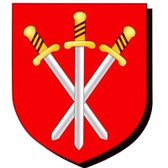 . . . the prospects are favourable for the home side to maintain their top spot

This coming Saturday afternoon, April 16th at 3:00pm Glapwell extend a warm welcome to this weeks visitors, Welbeck Welfare FC. There can however be no starker contrast between two teams in the 2015-16 Black Dragon North division.

Glapwell are riding high at the top of the league whereas Welbeck are at the foot of the table, 6 points adrift of second-bottom and a whopping 56 points behind the league leaders. Welbeck haven’t managed to score a goal in their most recent six games whilst conceding 58 ~ just short of a 10-goal per game average! Glapwell’s last six games on the other hand have produced 37 goals scored with 3 conceded.

The visitors have the unenviable reputation of the perpetual wooden spooners in this league, at least in recent seasons. In the 2013-14 season they finished plumb bottom with 7 points, winning just two games and a solitary draw along the way. Last term they scraped a meagre 6 points, bottom place once again, managing two wins from 34 matches played. Unfortunately for them, a glance at the current table shows little improvement with only a single win from their 24 games to date.

Glapwell finished 8-0 winners in last season’s fixture, and came away with a 7-0 victory on their visit to Meden Vale in this season’s reverse fixture back in November, so the prospects are favourable for the home side to maintain their top spot.

We should all have a huge admiration for the Welbeck Welfare FC’s of local & regional football. In the face of almost constant reversals they turn up week in, week out, illustrating that never-say-die attitude which is the lifeblood of sport at this level. Their time will come. (But maybe not until next season, eh?)