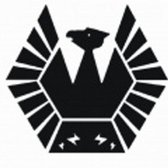 Connections looking for a strong finish!

This coming Saturday, 14th May, 2015-16 League Champions Glapwell take a short trip up the M1 for their visit to Phoenix FC, just off the motorway near Rotherham. The Phoenix Sports & Social Club support three teams, a veterans playing in the Wragg Over 45’s league, a Sunday side in the Sheffield Super Blades league, and today’s opponents, the senior outfit.

Glapwell have something to prove in today’s encounter. Firstly, Phoenix are one of only three teams to have beaten this season’s League Champions, a crushing 1-4 reversal at Hall Corner in our first home game of the season. And secondly, Glapwell’s 0-7 midweek humiliation at the hands of Askern FC, who incidentally are the opponents in our final game of the season, at home on Tuesday next.

April CMFL Team of the Month AND League Champions are badges to be worn with pride, so congratulations. But I know all concerned will be hoping that we end this season in appropriate style, finishing with a bang rather than a whimper.
C’mon Glapwell, do your stuff! There are still two matches to go.