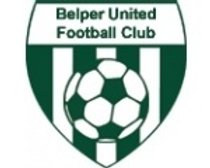 Glapwell were originally due to face Sherwood Colliery but they pulled out of the game on Wednesday morning citing injury problems.

After some frantic searching, Belper United kindly agreed to step in and this will be a great test for Glapwell against one of the better sides in the South Division.

*Thursday's friendly with Pinxton FC was also cancelled with the team instead playing a short training game against an Alfreton Town XI.