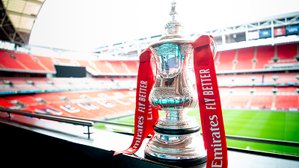 Glossop North End will host City Of Liverpool at The Amdec Forklift Stadium on Saturday 12th September in the Emirates FA Preliminary Round.

GNE have also received a bye through to the 3rd Qualifying Round of the Buildbase FA Trophy after originally drawing away at Droylsden, who have since resigned. Therefore the tie is awarded to GNE and our place in the 3rd qualifying round is already confirmed, to be played Saturday 31st October.

In the FA Cup Preliminary Round, winning teams pocket £1,444 whilst losing teams receive £481.

In the FA Trophy 2nd Qualifying Round, winning teams pocket £2,250.