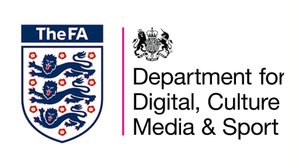 Proposed roadmap of scenario plan's for clubs in Steps 3 & 4 of the National League System.

Clubs at steps 3 & 4 of the National League system were yesterday given a proposed roadmap of the various scenario's in which way may find ourselves once football with fan's can be allowed to restart.

Since June, the FA has submitted three proposals to DCMS for the safe return of fans; DCMS are supportive of those proposals and are waiting for approval from HM government. We are all frustrated at the lack of response but, with DCMS support, are pressing HMG for an urgent response and that fans be allowed to attend games. The FA Alliance Leagues’ stance is still that playing games behind closed doors is not financially viable.

The Northern Premier League are committed to starting the 2020/21 season on 19th September, providing government allows clubs to admit spectators. However, there is recognition for the fact that issues beyond their – or our - control may mean that this date is not achievable.

To help clubs to forward plan, although the primary objective is to start the Step 3 & 4 playing season on 19th September, contingencies are set out as follows:

It should also be understood that there are no perfect solutions to this problem, and that it is impossible to accurately predict the precise circumstances that will apply at any future date. However, the Step 3 & 4 leagues believe that this proposal provides as much clarity as we can provide at this time.