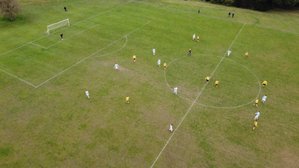 With the news from the UK Government that amateur sport is set to be permitted to resume from 29th March, the Herts & Borders Churches League have been planning how best to conclude our season - and they have now provided us with the following details:

"At this stage we are still waiting for FA guidelines and regulations, which we are advised have been agreed with Government but cannot be published until final confirmation is received from Government that grassroots football can restart as announced from 29th March onwards. A final decision is expected next week and we will circulate as soon as received.

However, in anticipation we have rescheduled fixtures to restart from 10th April for both divisions, with one game on 3rd April, to enable completion of matches by the end of May. These fixtures are now available on Full Time.

There will not be any room for further postponements/cancellations and those matches will have to be voided or awarded as necessary.

We still have 2 finals to arrange from the 2019/20 season and these will be booked for early June, most likely Saturday 5th June.

The league will not be running any other cup competitions this season as there is no room in the fixture schedule for them."

Let's hope we get the final all-clear next week and that we can get back to playing as the league have laid out.