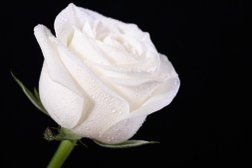 CPD Gwalchmai FC would like to offer former player James Burgess and his family our deepest sympathies on the loss of his Father Tony.

Tony was a popular, ever present at Gwalchmai's matches both home and away which demonstrated to all the close bond in which he shared with ex Gwalchmai Striker James.

Tony was a great father, a best friend to his sons and a gentleman. Tony will be sorrowly missed by his friends, the Anglesey football scene but most of all his family.