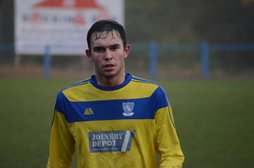 Hall Road Rangers registered only their fourth defeat of the season on Saturday afternoon as they travelled to Yorkshire Amateurs going down 1-0 to a last minute own goal.
Travelling with a slightly under strength side and coming into the tie off the back a very busy November, which has seen an impressive run in the FA Vase and progression in the East Riding Senior Cup, Rangers plugged away valiantly but count not break down the resilient Amateurs.
With little action in the first 45 and with things all square at 0-0 at the break Ricardo’s team talk at half time spurred his lads on to press harder and work harder in the second 45. Rangers dominated possession in the second half, camped for long periods in the Amateurs half of the pitch.
Possibly frustrated by some choice refereeing decisions and with yellow cards being shown left right and centre for both sides frustrations where evident. The stalemate lasted until the 93rd minute when Dane Mortimer brought down an amateur’s forward and the resulting free kick was unfortunately headed home by James Piercy.
Desperately unlucky and with no further time to look for the equaliser the final whilst sounded just seconds after the restart. After the game manager Dave Ricardo was distraught with the result
“Today we looked and played mentally shot, especially in the first half.” Said Ricardo “The lads have played twice a week more or less since the start of September and with the high intensity way we play there will be days like today.”
“What I was disappointed with was not for the first time we struggled to break down a team that parked the bus, we need to show more patience. We have a number of injuries at the moment so will be looking to bring genuine quality in over the coming days.”
“The lads have been surperb recently so we regroup and go again on Tuesday. I urge all supporters to come down and give the lads the extra lift that is all important “
Rangers now have to pick themselves up and turn their attention to the final game in November the rescheduled visit of Teversal to Haworth Park on Tuesday evening. The fixture, cancelled at Teversal’s request earlier in the season due to the commitments of some of their younger players in an under 18s Representatives game, will be a 7:45pm kick off at Haworth Park.
Share via
FacebookTwitter
https://www.pitchero.com/clubs
Recent news