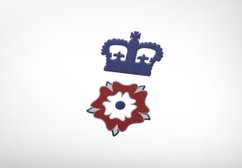 It was 1,085 days since the previous match in the County Championship but Hampshire’s misfortune in losing close run contests continued with this nail-biting, scintillating contest at Havant on Saturday going the way of Kent 44-43.

A last-minute penalty from Frank Reynolds edged the visitors ahead as the clock ran down to grab the victory that both sides had tussled over across 87 minutes of pulsating action.

Hampshire took the lead after just two minutes when debutant Tom Fieldsend (Royal Wootton Bassett RFC) was on the end of a fine move that came off the back of a scrum and winger Curtis Barnes had cut through and found the fly-half on his inside to score.

But it would take Kent just four minutes to gain the lead when errors in the Hampshire defence gave the visitors a quick penalty which centre 12 sliced through the gap to go under the posts. Reynolds added the extras.

A lightning quick move and incredibly slick passing following an interception extended Kent’s advantage when 14 Try crossed under the posts and Reynolds kicked the conversion and followed it with a penalty following some general indiscipline from the home side.

Throughout the contest, there was an underlying edge and it boiled over when Kent’s 13 was sent to the sinbin, which helped Hampshire get back into the contest.

As Hampshire pushed forward, Havant’s Harrison Young drove over from close range after a scrum on the Kent line; Rhodri Adamson converting to cut the arrears to just five.

However, Hampshire’s restart play was poor across the whole contest which either provided Kent with a knock-on scrum, a penalty or just an easy attack into their territory.

And it happened again when they were caught going over the top and Reynolds made no mistake with a second penalty.

This topsy-turvy contest continued apace as just as Hampshire had their tails up, a coughed-up ball and some indecision in the Hampshire ranks let Kent 12 to score his second – converted by Reynolds – to open the lead once more.

The scoring in the first half wasn’t up just yet though. The excellent Holt was again to the fore and he fed former Havant youngster Tom Gwyther (Worthing Raiders) for his debut try. Adamson added the extra two to leave the game tantalisingly poised 27-26 at the break.

Kent regained their eight-point cushion on 51 minutes when prop 3 went over but it was back to one point just two minutes later – skipper Liam Perkins rank through and Holt’s quick thinking released Fieldsend for his second of the afternoon – Adamson converting.

For the first time since the second minute, Hampshire hit the front when another former Portsmouth player now at Worthing, prop Dan Sargent charged his way to the line.

Another horror restart from the home side just let Kent back ahead again. An easy play up the field saw the forwards drive over the line for their fifth try of the game and a one-point lead once more.

As the clock entered the last ten minutes, it was anyone’s game but when Adamson hammered a 50+ yard penalty from the half-way line to put Hampshire ahead hopes were high that the run of narrow defeats could come to an end.

With 46 minutes on the clock, Kent was awarded a similarly long range penalty which Reynolds failed to convert but the clearance kick didn’t find touch and back came the men in white – and gained a second bite of the cherry much closer.

Reynolds made no mistake and, much like the match at Okehampton three years ago, Hampshire were undone by a last-minute kick.

It was cruel on Hampshire, who had performed admirably and deserved more than just the two bonus points to take into their second and final match of the group stage – away against champions Cornwall at the hotbed that is Redruth.

But if Hampshire play in much the same vein as they did in this game, they could cause a serious upset … if they can nail their restarting routines.