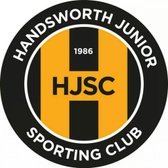 The young Ambers come unstuck against the young Spireites

Last night (Tuesday 28th September 2021) the young Ambers side travelled to local rivals Chesterfield FC in the 3rd Qualifying Round of the FA Youth Cup. The game kicked off with a good opportunity for the young Ambers to express themselves in the shop window and hopefully to progress on to higher footballing opportunities. On 6 minutes, the hosts had a good attack down the side, but Handsworth stood strong, and minutes later a corner from the hosts was defended well by Joel Sorby who cleared the ball from danger. Then, Chesterfield winger Brad Charlesworth had a good run down the wing and put the ball in the box, but the Ambers again stood up well. Sam Essien for Handsworth, who was causing problems down the sides, won a free kick 20 yards inside the Chesterfield half, but the home side defended the situation well to keep the scores level.
Midway through the first half, the Ambers were still in the game, when a Chesterfield break up the pitch won a free kick, earning Tom Warren the first caution of the game, but the resulting free kick went over the bar. The Ambers then had a good effort from Rion Arbouin with the shot going over the bar, before Alfie Bakes saw his shot end up just wide of the post. Then as the half drew to a finish, Chesterfield came on strong and opened the scoring, with the original effort hitting the crossbar and the rebound being headed over the Handsworth keeper Joe Bacon by Lekan Torres.
The second half got under way with both teams making no changes and playing football the right way. A good early drive from the hosts saw a shot going over the bar, before some good defensive work from Joel Sorby and Tom Warren. After 57 minutes, Handsworth used their first substitute with Rion Arbouin being replaced by Ross Hobson, but on 66 minutes came the second goal of the evening for the hosts scored by Alexander Duhameau, who took it around the keeper and slotted it past the on-rushing Handsworth defenders. A great save from Joe Bacon then kept the score at 2-0 and the young Ambers were still fighting and looking for a goal, as Lewis Whitehead was replaced by Cassius Roberts, but within a minute, came the 3rd goal of the evening scored by Francis Finneran. There was then a great effort from Joel Sorby which the Spireites keeper tipped over the bar before another Chesterfield break up field saw Joe Bacon making a good save to keep the score at 3-0. The young Ambers were still trying to play the right way, but just not finding the finishing touches in the final third, and after Liam Kamsika was replaced by Josh Wharin, they finally ran out of steam, and in the 89th minute the 4th goal came from Jacob Barrass after a solo run in to the box and a finish into the far corner to complete the scoring on a night when our youngsters did the club proud.