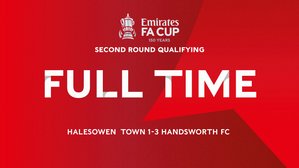 Smith at the double as record equalling Ambers go through

The Ambers overcame the odds by beating Halesowen Town to reach the 3rd Qualifying Round of the FA Cup on a day to remember ....