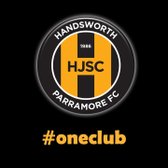 The Ambers Bounce Back

It was back to winning ways after the weekends upset, beating a good High Green Villa team who made life difficult for the Amber youngsters. Despite early pressure from the home side playing the usual passing football, it was Villa that took the lead which was smacked home when Archie failed to hold a rasper. This was held until half time with some resolute defending by Villa who always looked dangerous on the break. After the restart, it was very much the same with the Ambers attacking and Villa thwarting their every move until a lucky break gave the home team a penalty. Faffy on one of his usual runs fell inside the box and the ref who was quite close to the incident imediately pointed to the spot. Villa players claimed that there was no contact, never the less up stepped Russ Hobson to bring the home team level. This seemed to give the home team belief in themselves and a far post header from Luke Broadbent added to his growing reputation with a super goal. Hobbo finished the game off with another goal, racing clear of the defence with the visitors shouting for offside and clinically scoring his fifth goal of the season.
Share via
FacebookTwitter
https://www.pitchero.com/clubs
Recent news