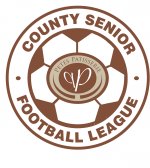 A Nat Reid hatrick and a 35 yard screamer from Jordan Stocks saw the Ambers take the spoils over Ecclesfield Red Rose in front of a crowd of 103.

The Ambers put on an excellent performance in front of a large crowd at Oliver's Mount.

Setting up in the familiar 4-3-3 formation Ecclesfield struggled to cope with the midfield 3 of Stocks, Gwindi & Williams.

Ecclesfield suffered a big loss when their influential Skipper Ben Brown was unable to carry on after a crunching 50:50 with the Impressive Faffy Gwindi.

The Ambers Opened the scoring on 18 minutes when Nat Reid raced through onto a great ball from the lively Craig Fletcher and emphatically opened his account.

The Ambers back 4 looked solid with the 2 young centre half Watts & Flint marshalling any threat very well, Archie Sneath was called into play and produced a fine save from a looping header.

Half Time 1-0 to the Ambers

5 minutes into the 2nd half , and Faffy Gwindi powered into the red rose penalty box committed the defender and Nat Reid stepped up and calmly stroked the ball home- 2-0 on 55 minutes.

Within a couple of minutes it was 3-0 after a piece of individual brilliance from Jordan Stocks who hit an unstoppable 35 yard drive into the far top corner of the net.

With the result now assured John Somerset replaced the excellent Liam Flint at Centre Half.

The Ambers were then reduced to 10 men on 64 minutes as the impressive but tiring Gwindi saw red for a reckless and late tackle.

A flurry of substitutions ensued with Broadbent on for Rippon & Hudson on for Fletcher.

And it was the Impressive Broadbent who was brought down in the box for our 2nd penalty of the night which Nat Reid Dispatched into the top corner to seal his hatrick and a 4-0 win.

A great start to the season with a number of current and last year U19 squad really impressing in their 1st starts at Senior Football, not one poor performance from the whole squad.