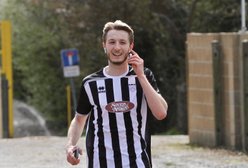 In March, Gareth Chendlik decided to take on a 10K run to raise funds for the Sir Bobby Robson Foundation. After a bit more thought, he set a new target of 100K!!

Gareth ran 100K over 9 runs for the Sir Bobby Robson Foundation and in doing so he’s raised over £800!

Gareth said: “I love the idea of the Football Run. It’s given me something to commit to and focus on now that our football season has been curtailed, as well as supporting such a brilliant charity. I run a lot anyway so wanted to challenge myself and up my game a bit and go for the big 100!”

Everyone at the club is extremely proud of Gareth. We’d also like to say a huge thank you to those who donated!