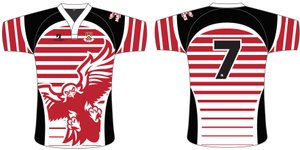 At the time of writing, we are due to come out of lockdown and move into step 1 part 2 of the nation’s road map to freedom. From Monday 29 March we will be allowed to organise a return to training outdoors – indoor sports will still be off limits. RFU guidance to training activity focuses on building players general fitness levels and rugby skill development along with non-contact game play such as Tag, Touch and Ready4Rugby.

Work at the Club has continued throughout March with the grounds being verti-drained and fertilised. The “Major” continued to prepare the cricket square in readiness for the start of the summer season and work started on the erection of additional boundary netting. On a bit of a sour note, we had to pour a few hundred pounds worth of beer, cider and soft drinks down the sink that was “out of date “.

Whilst the Mini and Junior section of the Club has thrived and grown over the past five years or so, the same cannot be said at senior level. Across the country, many clubs at grassroots level that previously fielded three and four teams on a Saturday (Harbury used to boast a regular 4th team with the very occasional 5th team!) now find themselves in a situation unable to field a 3rd team or even a regular 2nd team on a Saturday. At Harbury, we are working hard to turn this around.

Harbury RFC have launched a “Colts” team - the Harbury Hawks that will compete in the Warwickshire Colts league for their inaugural season in 2021-22. Hendry Rheeders is taking on the role of lead coach and several senior members are pulling together with what promises to be a fantastic setup for the lads.
Hendry played four seasons at Coventry RFC where he made 75 appearances and scored 13 tries before leaving to play for Jersey RFC in 2008. He has had Currie Cup and Super 12 experience between 1995 and 2003 playing for The Bulls and Eastern Province Elephants before turning professional with the Cheetahs and the Pumas.
Harbury Hawks is aimed at U17 players and forms the transition from junior to senior rugby at the Club. Plans are in progress to ensure the boys have a great experience of playing Rugby at this level amongst a close group of players where the watch word is to have FUN!
The current U16s are back training on Tuesday 30th March at 7pm; new and returning players will be made most welcome. To find out more about Harbury Hawks, contact Chris Woodhams on 07834972999 and follow us on Instagram @harbury_rfc_hawks. If you are looking to spread the word about your business and would like to support this brand new venture by providing sponsorship, please get in touch with Chris Woodhams.