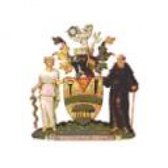 Roxonian FC was founded in the summer of 1933. The Club spent their first season in the Harrow and District League (playing their home games at a ground on Northolt Road), finishing runners-up in Division 1. They were accepted into the Spartan League, which coincided with the move to Earlsmead.

1938 saw Roxonian finish runners-up in Division 2 (West) but they had to wait for promotion until the following season, as only the champions went up. This was achieved under the new name of Harrow Town. War intervened though the Club continued to play in, first, the West Middlesex Combination, then the Middlesex Senior League. Peace brought a return to the Spartan League until 1958 when runners-up spot enabled the Club to move to the Delphian League. 5 seasons were spent here, until mergers saw Town accepted into Division 2 of the Athenian League in 1963.

In their first season at this level they finished runners-up, denied the championship only by goal difference. However, only 3 seasons were spent in Division 1, whence a name change to Harrow Borough coincided with relegation in 1967. 8 seasons were played as occupants of Division 2, during which it seemed that the club might withdraw from senior football, and only the efforts of a few hardy individuals kept the Club alive.

Negotiations with the local council saw the Club sell its second pitch, now the site of a school, and build a new clubhouse, floodlights and terracing. This progress was matched on the field; Boro’ were elected to the Isthmian League in 1975 after having to wait a year for the complex to be completed. 4 years later they won promotion to the Premier Division as runners-up.

The early 1980s saw the Club’s most successful spell so far. The Middlesex Charity Cup was won in 1980, the Middlesex Senior Cup three years later. Also in 1983 Harrow Borough reached the semi-finals of the FA Trophy, losing to the eventual winners, Telford United, over two legs.

A year later, the Club’s Golden Jubilee was celebrated with a drawn match against Manchester United, Harrow’s best FA Cup run so far, losing to Newport County (then of the old Football League Division 3) in the 2nd Round Proper and best of all, winning the Isthmian League Premier Division championship by a staggering 17 point margin.

Under astute manager Micky Tomkys, Harrow had enjoyed continuous success but his retirement in 1985 saw a gradual decline in the Club’s fortunes. On three occasions a win in the final game of the season has been required to enable the club to retain their treasured Premier Division status.