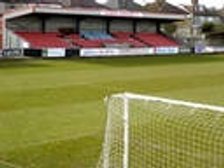 The closest station is Northolt Park, which is just five minutes walk from Earlsmead., after a journey time of 15-20 minutes from Marylebone. After leaving the station, turn right under the railway bridge, and take the left hand fork into Alexandra Avenue and next right into Somervell Road. Bear right into Carlyon Avenue, and Earlsmead is the second on the left.

From the South / West From the M25 junction 16, take the M40 East towards Uxbridge and London. Continue onto A40, passing Northolt Aerodrome on the left hand side. At the Target Roundabout junction (A312) turn left towards Northolt. Just after passing Northolt Underground Station on the left hand side, turn left at the next set of traffic lights, onto Eastcote Lane, becoming Field End Road. At next roundabout, turn right onto Eastcote Lane. At a small parade of shops, take the turning on the right into Carlyon Avenue. Earlsmead is the second turning on the right.

From the North / East From the M25 (junction 23) take the A1 south towards London. At the first roundabout you reach (petrol station on left), turn right onto Barnet Lane (A411), towards Elstree. A short distance along this road, turn left at the roundabout (still Barnet Lane towards Elstree). The road winds for about two miles, you’ll come to a crossroads with traffic lights at Elstree. Go straight over onto Watford Road. This road also winds for about a mile, and you’ll pass a pub and a small industrial park on the left. At the next roundabout (A41), go straight over (second exit) towards Harrow. You will pass immediately under a bridge, then about a quarter of a mile up this road, at the mini-roundabout, turn left into Heathbourne Road (A409). About half a mile along this road, you will pass a BUPA (Bushey) Hospital on your right. Soon after, at the mini-roundabout, take the right hand fork into Magpie Hall Road. At the next set of traffic lights go straight ahead. After less than a mile, you’ll come to another set of traffic lights (Cream coloured pub, Blubeckers on opposite right corner). Go straight over into Brookshill (still A409). After about a mile, passing Weald College on your left, you reach a roundabout. Turn right onto A410 Uxbridge Road. This shortly becomes dual carriageway. At the next roundabout – turn left into Courtenay Avenue. Go straight over roundabout, and continue down a short dual carriageway (passing Kodak on your left - road becomes Harrow View), to the next set of traffic lights. Turn right, into Headstone Gardens. Continue to next set of traffic lights at North Harrow. Go straight ahead (A4090 Station Road, becoming Imperial Drive), signposted to Rayners Lane / South Harrow, passing North Harrow underground station on your right hand side. Continue straight over at two sets of lights, then into Rayners Lane (passing Rayners Lane underground station on your right hand side) , continuing on A4090, Alexandra Avenue) After approximately a mile and a half, at the next major set of traffic lights, turn right into Eastcote Lane. Take the next left into Carlyon Avenue, then Earlsmead is second on the right