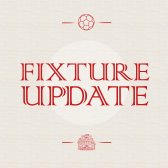 By James Clouting
3 days ago
Share via
FacebookTwitter
https://www.pitchero.com/clubs

25th January: After a pitch inspection at 3.30 this afternoon our Middlesex Senior Cup tie with North Greenford Utd has been postponed,

due to the pitch still being frozen.
A new date will be announced in due course.

24th January: Further to yesterday's post, our game against North Greenford Utd will not go ahead tonight.

We will try again tomorrow.

We are removing the covers from the most vulnerable areas of the pitch in the morning. If the game cannot be played tomorrow, the clubs have agreed to try again on Wednesday.

We will post a further update when a decision has been made.