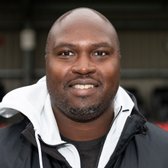 Under 23s off to a winning start

Manager Godfrey Torto was full of praise for his team following their 3-1 opening day win at Flackwell Heath Development.

Goals from Flynn Duncan, who set up our winning goal in the Suburban League Plate Final, and debutant Ben Amos, gave Boro a 2-0 half time lead. Jordan Hamilton made it three in the second half, with the Heathens scoring a late consolation from the penalty spot.

As well as the result, manager Godfrey Torto was pleased with the all round performance. 'Despite the hot conditions we asked the lads to push and put a high level of intensity into the game, which they did. Last season Flackwell were hard to play against as they put out a lot of senior players, but today was more of an Under 23s team'.

'I thought we were quite dominant from the beginning. We played on the front foot, created chances and made the breakthrough with a good goal from Flynn, followed by another good finish from Ben Amos. At half time I asked the players to try to win the game in the next fifteen minutes and were rewarded with the third goal from Jordan, which came from some good pressing. After that we should have had four or five, but once we got the third it would have been a big effort to get back into the game as our defence was generally quite tight'.

'Prince (Jordan Kandolo) was another making his debut for us, is 6ft 4, strong, and did brilliantly. They tried to get down our left a bit and caused a few problems over the top, but we dealt with all of that well. We also had some Under 18s playing and there were some outstanding performances from them. Anthony (Chinwada-Munroe) started on the wing and his work rate was exceptional for a 17 year old, as well as being a threat going forward, and Ibrahim Busari at right back got better as the game went on. We're disappointed with conceding the penalty in the last minute but it's a good start for us to build on. We wish Flackwell the best for the season as they hosted us well today'.

Our Under 23s next game is against Farnborough on Saturday. It's a 1.30pm kick off at Rectory Park, Northolt, UB5 5FA.