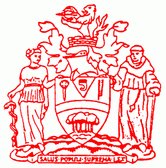 Harrow were completely outplayed in the first 30 minutes, by a Bracknell team who were faster, more skillful and stronger. Even long established Harrow players were unable to pass where they intended and none of the debutants distinguished themselves, other than Purdue, who looked a good shot stopper. Although Harrow began to come more into the game in the last 15 minutes, they were fortunate to be only one goal behind, scored in the 9th minute.

The second half Boro team, with 5 changes, performed much better and held their own for the first 30 minutes of the half and scored two goals; In the 59th minute Taylor headed in from close range from a Oduteko free kick; then in the 68th minute, Charles-Smith chased a long ball forward and lobbed the keeper. Bracknell were increasingly running Harrow ragged down the Harrow left and scored in the 76th and 80th minutes. They looked likely to emerge winners and had another goal disallowed, but in the 91st minute the ball was scrambled in for Harrow, from an Dylan Ive free kick a defender cleared the ball against his own goalkeeper under pressure from Cahill and the ball being deflected over the line.