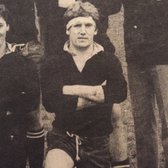 Brian, who was 64, passed away on Saturday evening following a long illness.

Foreman was a tenacious back row forward who always led from the front throughout his playing career at Mayfield Park.

His association with Hartlepool Rugby Club stretches back over 35 years.

He will be remembered to all who he played against as a formidable opponent on the field but a gentlemen off it.

Brian was an avid rugby fanatic and passed on his love of the sport to his three sons Brian, Gareth and Andrew, who all followed in their fathers footsteps by going on to play for the club with great success.

Towards the end of his playing days in the early 2000s Brian was also heavily involved in the management and resurgence of the second team where he was able to introduce more young players to the senior game.

He will be sorely missed by not just members of our club but also the local rugby community as a whole.

A minutes silence will be observed in his memory at the next first team home fixture on Saturday 13th November.

The thoughts of everybody at Hartlepool Rugby Club are with Janice, Brian Jnr, Andrew, Gareth and Sarah, and all of his family and friends at this sad and difficult time.

His family have requested family flowers only, and donations in lieu if so desired to Parkinson's UK.

Following the service a celebration of Brian's life will be held at Hartlepool Rugby Club, Easington Road, TS249BA.