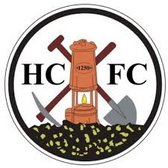 Match Preview ahead of Saturdays away Central Midlands Clash at Clay Cross Town, by Chris Forsyth

On Saturday we travel to The We Do More Than Print Ground to take on Clay Cross Town in Central Midlands League action. As always, your support is greatly appreciated by everybody at the club. The address for the ground is Coupe Lane, Holmgate, Clay Cross, S45 9QF.

We have previously had three fixtures on this day, resulting in one victory and two defeats for Colliery. The last time that we played on October 9 was in a cup match at home to Frickley Athletic in 2013. We lost the game 1-0. Prior to that on Saturday 9th October 2010 we beat Kirkby Town 4-2 at home. Kev Shelley scored twice, with Tom Pick and Gaz Sides getting the other Colliery goals. The last fixture on this day resulted in a 4-0 defeat away at Forest Town in 2004.

Moving on to our hosts and the club made the decision to change its name from Parkhouse FC in April 2012 in an attempt to secure a better geographic identity than it had failed to achieve over the previous twenty-three years under the former name. The name was taken from the Clay Cross Town team that had originally formed in 1909 after the amalgamation of the Clay Cross Works FC and Clay Cross Zingari FC. In their first season they won the Derbyshire Senior Challenge Cup being the first team from the town to do so. The club folded though in 1911 with debts owing to the princely sum of £12. The club re-emerged again in 1919 and played their football in the Derbyshire Senior League. They enjoyed a period of success for the next five-years before once again closing the doors as the premier team of the town in 1924. Last season they finished top of the Central Midlands League, with six wins and one defeat from their seven matches.

So far this season they currently sit in fourth position in the table, with 24 points from their opening 10 matches. On Saturday they defeated Kiveton Miners Welfare 5-2. Prior to that on Saturday 25th September they were defeated 7-1 away at Newark Town. On Tuesday 21st September they beat AFC Bentley 3-2 at home.

One to watch for our hosts will be Josh Parfitt. So far this season he has scored eight times in eight appearances.

The two sides have previously met on 16 occasions, with Colliery winning three, drawing four and losing nine of those meetings. The last time the sides met was on Saturday 12th May 2018 with Clay Cross Town running out 3-2 victors. Ant Lynam and Callum Lytham scored for the hosts, with Josh Davies and Makenzie Tomlinson scoring for Colliery.

As ever if you can make it to the game your support is always greatly appreciated.