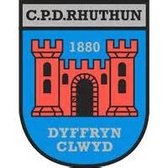 Hawarden Reserves lose away at Ruthin

Hawarden Reserves lose away at Ruthin under cruel circumstances.

After a close fought contest early on with neither team really creating any chances of note, Ruthin started to pile on the pressure and in the 29th minute they were awarded a penalty under controversial circumstances. Dan Edwards was adjudged to have handled the ball inside the area despite it quite clearly striking his face. That aside, the penalty was coolly slotted home to give the Ruthin the lead. This only reinvigorated Hawarden though and after only 4 minutes they equalised with a well executed goal. Mike Whales played a long diagonal ball over the top of the defence, which was sublimely controlled by Tom Matthews, who then slid it past the on-rushing keeper, with a controlled finish.

In the second half, Hawarden looked the much more dangerous of the 2 sides and were pushing for the winner, however in the dying minutes against the run of play, the ball sprung loose following a scrap on the edge of the area and the Ruthin striker slotted home from 15 yards to break Hawarden hearts.

We would like to wish Ruthin all the best for the coming season.