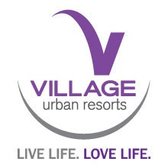 Headingley welcomed Thorner to the Glen Road Arena for the opening game of the division two campaign. Thorner finished 4th last year so Headingley knew that they had to start well. Skipper Gilks lost the toss and Thorner opted to bat first on a wicket looking as good as it ever has at this stage of the season.

Asif Sharif and Dave Crutchley opened up and gave nothing away putting the openers under early pressure. Crutchley struck first as a cut shot was feathered into the gloves of Rogers. Atkinson took the second wicket running out the number 3 from square leg. Asif got into the act clean bowling two batsman in consecutive balls with Yorkers that were too quick for the opposition. The hat trick didn't materialise but Asif struck again shortly afterwards thanks to another Rogers catch. Crutchley picked up his second wicket as Jack Mason clung on to a catch in close on the leg side. 14 for 6 and Thorner were in serious trouble, Wicketkeeper Riley dug in and Tom Atkinson started his spell with 4 consecutives wides. Atkinson finally found is range bowling 3 of the tail and setting up Rogers for another catch as Thorner folded meekly for just 44.

Rogers and Mason strode out to knock off the runs and were back within 11 overs as they knocked off the runs with minimal fuss, Rogers with 16 and Mason 25. A comprehensive win to start the season as Headingley aim to reach DIvision 1 for the first time in the club's history.