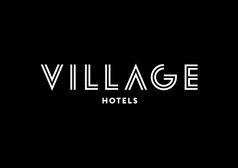 The final round of fixtures in the 1st half of the season saw Headingley Bramhope travel to Hillam & Monk Fryston CC.

With bright blue skies overhead and a good looking track when skipper Stelfox called correctly he opted to have a bat.

Greg McManus & Chris Dalby again opened for Headingley Bramhope against the HMFCC pairing of Will Vaks and Dave Venables, who immediately asked questions of the HBCC batsmen and their accuracy made it hard to get the ball away. HBCC moved the score along to 24 before Chris Dalby was caught behind by Jack Handley off the bowling of Vaks for 6.

Matt Williams joined McManus in the middle and with his first 3 scoring shots being 4,4,6 Matty indicated his intention to seize the momentum, the flurry of runs saw a change in the HMFCC attack as Adrian Joynson entered the fray and immediately slowed the run rate back down, his first 6 overs going for just 6 runs. With the score on 48 the 2nd HBCC wicket fell as Venables trapped McManus in front for 12, Dave Ward battled hard to get himself in, but was caught by Luke Handley off Venables for 3 as Headingley Bramhope found themselves 66-3.
James Dalby joined Matty Williams in the middle and formed when was probably to prove the pivotal partnership of the game, both players scored 50s, Matt hitting 7x4 & 3x6 in his 62, James hitting 8x4 & 4x6 in his 54, a score well above 200 looked on the cards, but once Williams & Dalby departed wickets started to tumble with regularity and Headingley Bramhope were all out for 194.

After a top tea, Like Hanley & Rich Hardman opened the response for Hillam & Monk Fryston against the HBCC pairing of Mark Stelfox & Dave Ward, Hanley immediately went on the attack putting Stelfox into the adjoining field and clattering a 4 before attempting another big shot off Stelfox and seeing the ball nestle in the big paws of Matt Williams. HMFCC skipper Hardman was joined in the middle by Matt Smith and they moved the score along in quick time before Hardman was caught for 45 by Williams off the bowling of Venkatesh Iyer, 85-2. Smith and the incoming Joynson looked well set for Hillam as HBCC regularly changed the bowling around, including a promising first spell on a Saturday for 12 year old Jake Rogers. Chris Dalby & Matt Williams came on for Headingley Bramhope and these two bowling in tandem was to prove to be the turning point in the game.

In the 26th over HMFCC were superbly placed at 138-2 when Smith was well caught by Matt Frosdick off Williams, Jack Handley was smartly taken by James Dalby behind the stumps for a duck, in the next over Will Vaks decided attack was the best strategy and went after a Chris Dalby delivery which went straight up the air to be emphatically claimed by Dave Ward, 138-2 had suddenly become 139-5.

Joynson who had moved along to 26 slicked a Chris Dalby delivery that Greg McManus safely caught, and Matt Williams followed this up by bowling Rich Milne for 3, 142-7. James Lawton & Dave Venables rallied for HMFCC and added 21 to the total before Lawton became Williams next victim, trapped in front for 7, Venables had made 18 before he swung hard at a Chris Dalby delivery and the catch was expertly taken behind the stumps by brother James Dalby. When Dave Ward dived full length to catch Derham to give Matt Williams his 5th victim, it was all over as Hillam & Monk Fryston were 167 all out.

A good game that ebbed & flowed and was played in a good spirit, from a HBCC perspective great knocks from Williams & James Dalby, an encouraging spell with the ball from Dave Ward & Jake Rogers before Chris Dalby & Matt Williams started their excellent spells, claiming 3-35 & 5-11 respectively. Another notable feature was some fine committed catching, with 8 of the wickets being catches.

Special congratulations to Jack Rogers and Jake Rogers who having featured impressively already in both rounds of the Fred Fleetwood Cup, made their 1st XI league debuts aged 12 and contributed throughout.