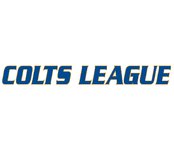 It's a big day at HMRUFC this coming Sunday. We are hosting the Halbro North West Colts League Cup Finals. There are four games at the club (two featuring teams from Heaton Moor) with the first kicking off at 10.30am

To show off our club at its best we need as many volunteers as possible during the day. If you can help out, even if it's just for an hour or two, please come down to the club and ask for Chris Barrett.