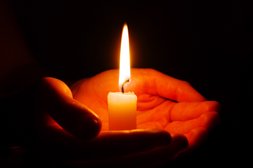 It is with great sadness we have to announce that the club has lost another Life Member, Gordon Swannell, who passed away on Monday.

Gordon had been suffering from ill health for a while and had been in hospital in Truro for the last few weeks.

Gordon first played for the Club in 1967 having previously played for Hoddesdon and Cheshunt. He made an immediate impact, taking two wickets in his first over for the Club.

Mainly a second XI player he had a few first team appearances, taking 6 for 36 in one of them with his accurate right arm seamers.

With two sons, Mark and Peter to encourage, he extended his career with a spell in the third team, taking over 100 wickets for that side, before taking up umpiring.

Gordon also did sterling work off the field, managing the bar for a number of years and produced various brochures for the club using his daytime expertise in print.

On top of his commitment to the club, Gordon will be remembered as a lovely man, always friendly towards anyone he met and always taking an active interest in the club and its members.

He and his wife Marina eventually moved to Veryan in Cornwall, partly to be near son Mark, though they remained frequent visitors to Balls Park and attended the 2019 Vice Presidents Lunch.

Gordon was elected a Life Member for his services to the club in 2005. The club and all of our cricketing friends send our deepest condolences to Marina, Mark and Peter.