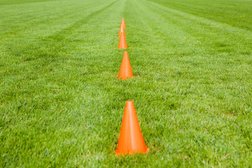 Match results...Fixtures against London Scottish and Bishop's Stortford B

Hitchin 45-14 Hertford B
Hitchin are now a one team club....A brave and spirited performance by the B team at Hitchin. The boys started well in the first quarter, competing well and creating a couple of early chances. We were always under pressure at the breakdown and eventually the turnovers proved costly as Hitchin won ball moved it wide well and eased into a 21-0 lead at half time. In the second half Hitchin’s pool of subs was telling as they were fresher in both forwards at the breakdown and in the backs when moving the ball wide. But the boys didn’t give up and they found some strength for the final quarter. With the forwards upping their intensity to win ball Toby Clermont finished off 2 excellently worked backs moves to release him on the wing and both were converted by Fionn O’Toole. A very spirited finish to a difficult game playing a more numerous squad.

...However the Herts Middlesex League moves in mysterious ways and we were informed on Monday that we're now playing in HML 6 and Sunday's result is now null and void! We are now picking the bones out of the new schedule and hope to have a new fixture list lined up very soon.

Old rivalries are renewed as Bishop's Stortford B visit this weekend for what is now a friendly, as opposed to a league game.

Hertford A 36-12 Tring A
Good weather conditions on the main club pitch. Tring gamely took on the fixture in spite of injuries to their squad - for which we are grateful.
Any worries about the strength of our opposition disappeared as a knock on from the kick off resulted in 5 mins of Tring pressure on Hertford resulting in a Tring score under the posts. While Hertford hit back with an unconverted score of their own they knocked on the KO again and were under pressure in the Hertford "dip" and conceded again. A well worked try by the backs saw the sides even at half time. Forward power and some amazing individual skills saw Hertford through in the second half with plenty to spare, but Tring are to be congratulated for a well contested game with a scoreline that flattered Hertford.

Hertford A travel West to London Scottish this week a fixture that owes us a result having lost in the last play by 3 points two years in a row!

Teams and match timings will be published on Thursday - they will be broadly the same, but hopefully with some returnees to bolster both the squads.