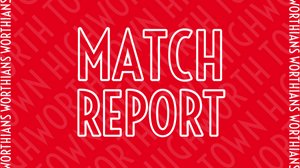 On a sweltering day in Wiltshire Highworth started life in the Southern League Division 1 Central with a narrow opening day win over Hadley who were playing their first ever match at Step 4.
After a disappointing FA Cup defeat last Saturday this was a hard fought victory with an Ollie Rejek goal after good work by Miguel Alves on 61 mins proving the difference.
The first half saw Jordan Edwards miss a relatively simple chance for the visitors on 36 mins before Harrison Edwards shot wide for Highworth.
Hadley's Billy Baird rattled Highworth's crossbar with an effort on the stroke of HT but t the players took welcome shelter in the dressing rooms at 0-0.
An even second half saw Hadley's Ed Davis shoot wide with 10 mins to go visiting keeper Luke Ward make a fine stop a minute later to prevent a Highworth second.
Highworth keeper Avenell made a decent save from Bradley Marriot in the closing moments but Highworth saw the game out for an opening win.
Our Match Sponsor Neil Tustin selected Captain Liam Haines as the home side's Man of the Match.
We thank Hadley for their nice words post match, it appears the local ale was to their taste to at least some of their supporters, and look forward to visiting them later in the season.
Share via
FacebookTwitter
https://www.pitchero.com/clubs
Recent news