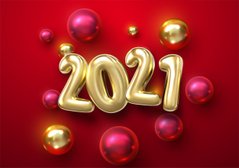 From the President and Officers of Eastern Counties Rugby Union.

First of all, the officers of Eastern Counties Rugby Union would like to thank everyone in our game for the work they have done to keep clubs afloat through the extraordinary difficulties of 2020. There is no doubt that with the possible exception of the winters of 1947 and 1963 there has never been a time when so much effort has been put in by our clubs and their volunteers for so little reward in terms of game time.

As we write, the whole of the south and east of England – and the whole of the Eastern Counties area is in a ‘Tier 4’ lockdown and there seems little likelihood of that position changing in the short term. The optimism of November that some form of the game could be played widely by adults from January has proved sadly wide of the mark and this has doubtless come as a blow to many of you. The impact on player retention, club finances and the mental and physical health of the rugby union community is sure to be significant.

And we also have renewed concern about the long-term health impact of playing rugby with the news about the legal case being taken against the RFU by ex-professionals for the damage to their brains. A reminder if one were needed of the huge importance of maintaining player safety and welfare (as well as perhaps the dangers of unbridled professionalism in a ‘collision’ sport).

But, if it seems to be a time for pessimism let’s remember that there are grounds for optimism too:
1. Many clubs have shown great creativity and resilience in keeping players, volunteers and supporters engaged through events, social activity when allowed, virtual contests and imaginative approaches to keeping training going;
2. The evidence around our part of the world is that player numbers in the youth game are holding up well;
3. The core values of our game – Teamwork, Respect, Enjoyment, Discipline, Sportsmanship – seem ever more relevant and ever more evident in the way clubs have supported their communities through some very hard times;
4. Maybe (just, maybe!) the Coronavirus vaccines will lead to us being able to plan for a reasonably ‘normal’ 2021-22 season.

Sitting as we do between the 47 member clubs of Cambridgeshire, Norfolk and Suffolk on the one hand and the RFU on the other, Eastern Counties will continue to represent the needs of those clubs to the national governing body and we will work with the RFU’s staff to help clubs understand where they can get the support they need.

Whatever happens in the next few months, the game is likely to change – while youth rugby remains vibrant and the women and girls’ game is one of the fastest growing sports in the country, the adult male game has had many challenges over the last few years and the impact of 2020 on the number of players or teams and their willingness to continue to commit 20-30 Saturdays to playing is yet to be apparent. Perhaps it is time to focus on the sheer enjoyment of playing the game for the sake of it rather than being so focused on league tables in the next couple of seasons?

Eastern Counties stands ready to work with clubs to meet the challenges of 2021, just as clubs have shown their ability to meet those of 2020. We remain supremely confident that our great game, and the great community that supports it, has the wherewithal to prosper in the face of whatever difficulties are thrown at us.

A Happy New Year to you all, and we look forward to seeing you on the pitch, or a touchline, before too long.